What is the purpose of lactose in milk, anyway?

What is the purpose of lactose in milk, anyway?

Lactose, the naturally-occurring sugar in milk, is a pretty unique sugar in nature.

There are many natural sugars – like glucose, fructose and sucrose – and these sugars are found widely in nature; from fruits, vegetables and grains to honey and maple sap. But lactose? It’s almost non-existent in nature outside the milk of mammals – humans, cows, goats and sheep alike.

Stranger still, our digestive systems find natural sugars like glucose, fructose and sucrose easy to absorb... but the majority of the world’s population loses the ability to absorb lactose sometime in childhood or adolescence.

With so many other easily digestible sugars out there in the world, it sort of makes you wonder: what on earth was Mother Nature thinking when she chose lactose as the predominant sugar and source of energy in milk?

Scientists offer a variety of interesting hypotheses about lactose's purpose in the universe, and its role the evolution and health of both humans and our fellow mammals. There’s one in particular that we think is pretty compelling! Namely, that lactose may have evolved to serve a role as an evolutionary insurance policy for the survival of mammalian species. This may sound like a pretty lofty role for a lowly sugar like lactose, but when you consider the details, it actually makes sense.

Here’s how the theory goes: raising children is a pretty energy intensive activity for mammalian moms. Breastmilk is a baby’s sole source of nutrition for the early months – and in some species, years – of life. Making breastmilk takes lots of calories, and mothers need to be eating enough nutritious food to sustain themselves as well as their nursing baby. So, if a mother were to become pregnant again while she was still nursing her baby, her nutritional reserves would be diverted to the developing fetus... at the expense of her ability to produce breastmilk. For mammals evolving long before the age of commercial infant formula, such a development could threaten the survival of a given infant – and on a larger scale, that of the entire population.

With this biological reality in mind, one hypothesis holds that lactose evolved as a mechanism to help promote the optimal spacing in between births to mammalian moms: just long enough so that babies could reach an age where they were able to eat enough nourishing solid foods to sustain themselves, but not so long that births would be so few and far between that a species would risk extinction.

How might lactose have played this essential regulatory role? Mammalian babies produce the lactase enzyme that allows them to absorb lactose – a novel sugar, biologically unique to their mother’s milk. They nurse, they get energy from lactose in the milk, and they grow and develop normally. Meanwhile, so long as a mother is nursing her baby, there’s a hormonal feedback loop that suppresses her ovulation and therefore her fertility.

As the offspring reaches early childhood, however, its body stops producing as much lactase enzyme. As a result, the child starts feeling uncomfortable when (s)he nurses, and the mother begins weaning the child to help control symptoms. As the mother weans her child, the hormonal feedback loop stops suppressing fertility, and mom is biologically capable of reproducing again. Voila! The natural, normal development of lactose intolerance in childhood helps to keep a species reproducing frequently enough to ensure survival of the group, but not so fast so as to risk the survival of individual babies within the group.

Considering lactose’s potentially critical role to the survival of our species – and indeed of all mammalian species – it makes us feel quite a bit more forgiving of lactose for all the digestive misery it’s put us through as adults who happen to love dairy foods! This theory also reminds us that lactose intolerance is a normal – and historically beneficial – condition for human beings going far back into our origins.

In fact, the ability to digest lactose in adulthood is less ‘normal’ for human beings than is lactose intolerance! Tolerance of lactose, and the ability to enjoy milk, resulted from a genetic mutation in people from early dairy cultures that enabled them to continue producing lactase enzyme past childhood – but this is the exception among humans, not the rule. In fact, an estimated 30-50 million American adults are lactose intolerant.

After learning about lactose’s potentially important role in the survival of our species, we can’t help but to be thankful that lactose exists. But as normal, lactose intolerant humans, we’re even more thankful that delicious, organic lactose-free dairy foods do, too! 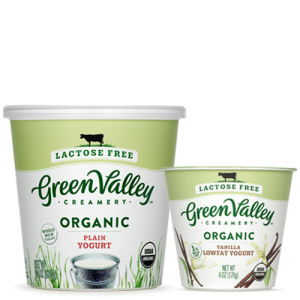 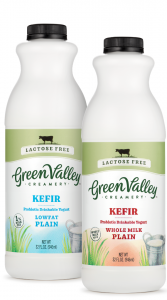 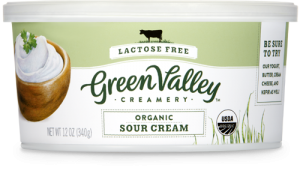 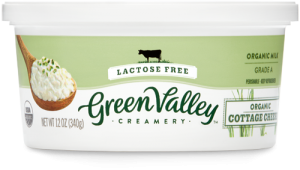